Academia is Concerned About Driving Concepts Just Like Frame Concepts

Came across an article by Kim Kastens – Data-Driven Versus Concept-Driven Visualizations –  at the Education Center at Carlton College that quotes a “much under appreciated” paper by Aaron C. Clark & Eric N. Wiebe of North Carolina State University which makes a distinction between data-driven and concept-driven visualizations.

Here is the quote:

In creating a visualization, the initial design is typically driven by classifying graphics into two major categories. … A concept-driven visualization is typically generated from a concept or theory and not directly tied to any empirical data. It does not mean that there isn’t any data that either supports or refutes the theory, but this particular exploration does not require [data.] … A data-driven visualization uses empirically or mathematically derived data values to formulate the visualization. In this case, a specific relationship between data values and the graphic elements is defined so that a graphic characteristic varies in some predetermined fashion. (Clark & Wiebe, 2000, p. 28.)

Applying this to Marketing with Data Visualizations

I think this distinction is true to our positioning and marketing efforts here at Frame Concepts with what we do with infographics, interactive pictograms, animations and yes, data-driven visualizations . It typically is a pivotal moment at the pencil sketch ideation phase whether a new visual solution project  is going to be more data-drive which style- wise tends to be more iconic or conceptual, which style-wise tends to be more illustrative.

But Even Pure Number-Driven Data Visualizations Go for Conceptual Play

As I mentioned in a previous post – at a recent D3 (Data Visualization Library) meet-up here in New York, pure numbers off of database were striking the speakers as showing something conceptually interesting – a finding that was non-intuitive. Of course there is the hackneyed notion of making the numbers work for you – but there was  general sense at the conference that the more effective database=-driven visualizations were the one’s that tended to break a preconception the audience may have. 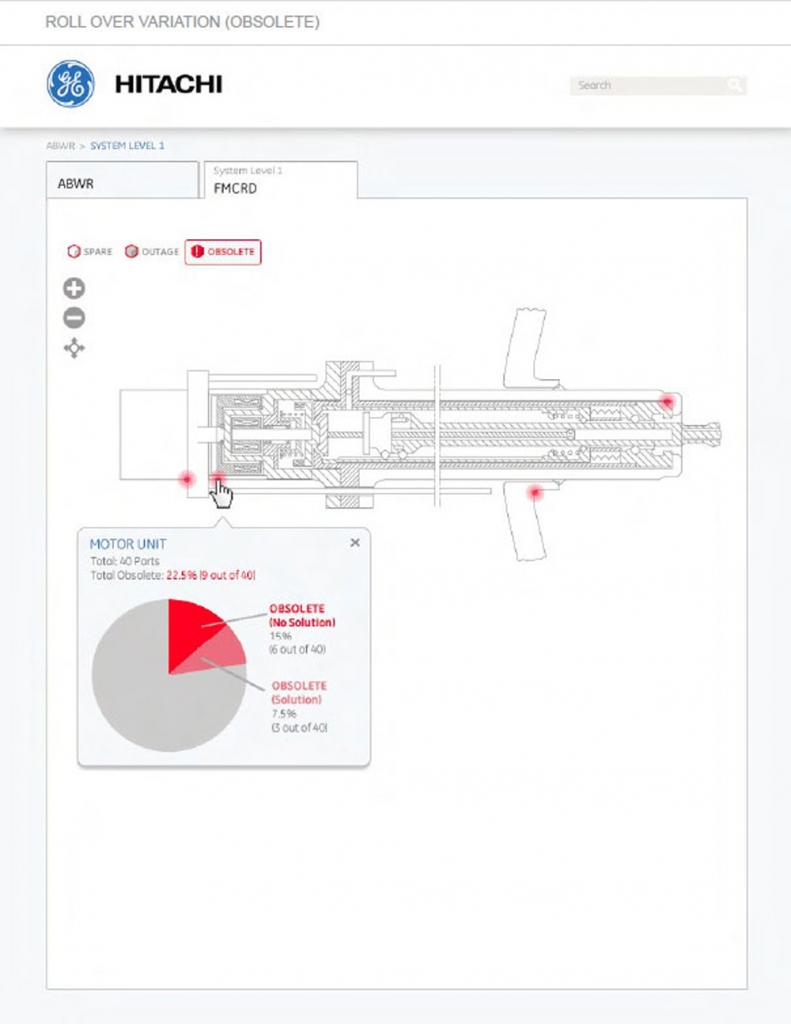 We Develop Data-Driven Visualizations for GE Energy to provoke its clients to action on real-time visualization of their spare parts status.

Here’s To Using Visual Solutions Writ-Large to Shake Up Preconceptions.

I spent a lot of time on the business development and marketing front and even with dramatically different offerings and especially in startups – it was very commonplace within the sale team to feel that the whole marketplace was not “getting them.” And the sales numbers and pipe underscored that fact. And it emboldened and even inspired the war weary sales team if we could even come up with a clunky powerpoint slide that at least connected the dots and with a consultative sales presence, could get the prospect over the conceptual hump that there was differentiated value that they need lurking in the solution offering. Nobody even allowed for a stranger to get that fact off the website. 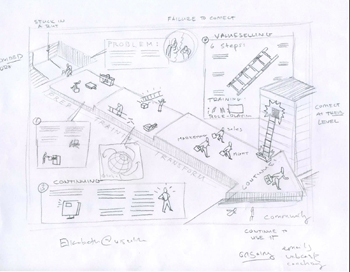 Pencil Sketches are a Big Part of the Concept Ideation Process Here at Frame Concepts.

Over four years and hundreds of unique visual solutions successfully delivered – infographics, interactive pictograms, animations and yes, data-driven visualizations – have shown me on a daily basis that visuals armed with the information design craft (not clunky templates!) armed with marketing prowess and technical chops can bring the audience. As the usability guru stated:

If you can frame how people think about their problems, you’re half way to selling them. (Jakob Nielsen, Usability Guru)

Getting Your Audience Conceptually Over the Hump

If you would like to get your audience – whether its clients, prospects, employees or management – over the hump and conceptually onboard with your offering or program, feel free to contact us for a Free Demo and Consultation.